What's this site about?

Yet another boring technical blog?

I hope not. But sadly, it probably is...

So what's it all about?

Over the years I found that when a problem came up, I would figure out how to solve it, and then promptly forget what I did. This became quite annoying when the same problems kept cropping up. So in 2017 I decided to start this blog as a way to capture things that I learned over time. I just need to keep reminding myself to write up the bits and bobs that I learn along the way.

I've also written some thoughts on my experiences much further back in my career, in the hope that some of them may be vaguely interesting, or even mildly entertaining.

I addition to my day job as a technical writer, I've picked up "odds and ends" of programming work over the years, originally in C and Java and more recently in Python. I've also been roped into other interesting (and quite possibly nefarious) "projects" too - and they have not always been successful I might add!

How this site is built

I have been pretty shocked at some of the monstrous web sites out there on the Net. Page load times of forty plus seconds? Err, hello? One requirement for my site is that it should be fast, so Wordpress was out. I could have used a static site generator like Jekyll, but where's the fun in that? So I wrote my own static site generator using Python. The result is not too beautiful, but it's fast. Also, writing your own site generator is a fascinating task. One of the great things is there's always a little improvement to work on, so even if you only have a few minutes of spare time here and there, there's always something that needs fixing or adding. For example, I recently added an Atom feed to this site, which was fun and interesting. The source for this site is GitHub-flavoured Markdown, and the entire site, including spellchecking (which I also recently added), indexing, and Atom generation, takes seconds.

I display the ten most recent articles on the home page, but you can click on All Articles to binge read. I have received comments that the All Articles link is broken, because users don't see anything change when they click the link. This is because that index page loads instantly. It's sad that users have come to expect excessive page load times as the norm.

This site is hosted on Neocities, which is a breath of fresh air. I love Neocities. If I ever move to a dynamic hosting arrangement I would probably host on Glitch.

The source code for this site will be available at some point - most likely when I separate content from code. The main reason for not releasing is you would see the content of my drafts folder, and the surprise of what I might write about in the future would be lost. The previous version of my site is available in my GitHub repo, but to be honest it was a cobbled together farrago of Bash scripts and Python code - I had no idea what I was doing, but second time around I think what I have is much better organized.

And here's me being photo-bombed by a mermaid: 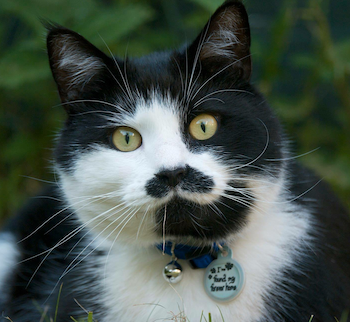