How to take out a contract on John Wick

The better half was wondering why she'd received a message from the Continental Hotel letting her know there was an open contract out on John Wick worth $7 million. She waved her phone at me - do you know anything about this?

We watched John Wick: Chapter 2 last night and really enjoyed it. There's one scene where they put out an open contract for $7 million on John Wick and various contract killers receive an SMS with details of the contract. I thought (being someone who needs to get out more) oh you could do that easily in Python with Nexmo. So this morning I had something up and running in less than five minutes.

So you have a list of contract killer phone numbers and that could come from a YAML file, a database, or in my example code a static array, as I don't know too many contract killers.

The core code is essentially a loop that uses the Nexmo Python Client library to send the SMS. Just to spice things up a little I put in a couple of Unicode skulls as Nexmo easily supports Unicode SMS.

And here's a bad photo of the phone: 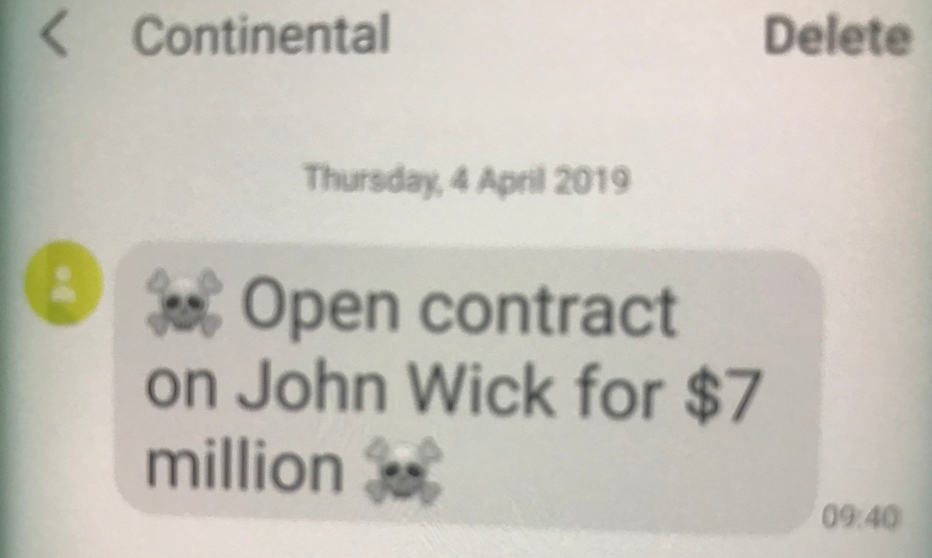 John Wick had better look out!

NOTE: Just so you're clear, the author and Nexmo do not condone the use of contract killers! ;)