The lost art of fixing electronics

The soldier pointed the gun and me and screamed, his face contorted in rage. We froze. I thought my number was up. Slowly, very slowly, the taxi driver reversed up the dirt path. We had wanted to see Entebbe airport close up, but this was a little too close for comfort. It was the mid-90s in Uganda, and Idi Amin was long gone, but things were perhaps more volatile than we'd anticipated. We headed back to the hotel and finally started to breath normally as Entebbe dropped away behind us into the distance.

I'd been hired by the British Council to set up electronic repair courses in Uganda. The brain child of a biology lecturer at the tech college where I worked, the project had had a long and convoluted history. He'd been on a recuitment drive in Uganda and had literally tripped over a pile of electronics. When he asked what it was, he was told it was there because no one knew how to fix it. He'd had a light bulb moment. All he needed now was some money and someone who knew how to fix electronics. The British Council provided the money. Then I was invited down to the college's cavernous tea rooms by someone I didn't know.

It turned out he'd been asking around and found he had two problems. The first was you could count on one hand the number of people in the college who could repair electronics. The second was they hadn't the slightest interest in going to Africa, even when cold hard cash was placed on the table in front of them.

Not only did I know how to fix electronics but I'd spent three years working in various countries in Africa and had built up some resistence to possible culture shock. I'd had malaria, had close encounters with rats, spiders and snakes. I had slept next to a river full of crocodiles in nothing more than a flimsy tent, and had walked, driven, floated, and flown my way over four vast countries on the continent. He knew I was the man for the job. He just had to convince me I wanted it.

It was my kitchen that swung things in his favour.

The wife wanted a new one and we didn't have any money as we were surviving on my lecturer's salary and had two children to feed and clothe. And the wife really wanted that new kitchen.

We hacked out a deal, the wife would get rid of me over the summer, and get a new kitchen to boot, so she was happy. I might just about survive the trip, so I was happy. They were putting me up in a decent hotel too which helped soften the blow - I was not going back to sleeping in tents in the bush again.

So I designed an electronic repair course and went out to Uganda that summer and trained the trainers at Uganda Polytechnic Kyambogo (UPK). I ended up going back again several times and the courses were very successful. The trainers trained others and everything from hearing aids to electron microscopes were repaired.

Unfortunately the college couldn't leave well alone, and what had been a very successful and long term operation eventually fell to dust. I moved on. I had learned two things though 1) College politics are ruinous. 2) Electronic repair was an extremely useful skill that can changed lives.

My own career moved away from electronic repair towards software development, in part because the economic realities were that few people found component level repair to be cost effective in the late 90s. At least in the UK. There were certain pieces of very expensive, very specialized equipment, like electron microscopes, gas chromatographs, and some medical equipment that were still being repaired to component level, but generally electronic repair was, commercially, a dying sector.

Fast forward to 2018. Is electronic repair a forgotten art now?

Recently I was in Manila and I have some good news to report. Component level repair of all kinds of devices is still a reality. This was a phenomenon I had first noticed in Bangkok back in 2003. The malls would often have a whole floor devoted to electronics. These were Aladdin's caves of flashing LED displays, colourful racks of electronic components, and fresh solder fumes. These places were a hive of activity where you could get more or less anything electronic repaired, a phone unlocked, or spare parts for your laptop. The phenomenon of the electronic repair shops was also present in Philippines in 2011.

When I visited Bangkok again in 2016 I was pleased to see the repair shops were by and large still intact.

Fast forward again to Philippines 2018 and malls like SM MegaMall have a whole floor devoted to electronics. These floors are vast - there are probably a hundred or more outlets on one floor. Of course some of the shops are now devoted primarily to the ubiquitous smart phone and tablet sales, but there are still the little units that will repair pretty much anything for you. SST Repair is a great example.

Some of the cool people at SST Repair: 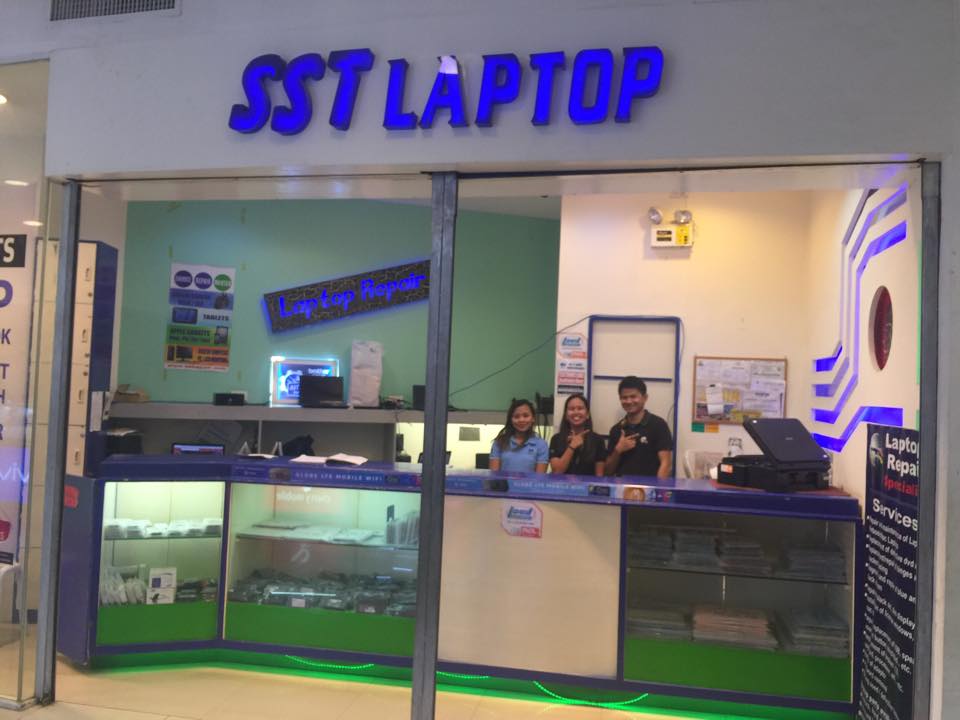 Of course in countries like Thailand and Philippines it is still economically viable to repair these devices. Labour is relatively cheap at the moment, and the devices relatively expensive. In the UK the economics are different - labour is expensive, making the cost of repair less viable, and people are generally better off, simply replacing devices that no longer work or even replacing perfectly viable devices with the latest model. As Thailand and Philippines continue to develop, salaries will increase, labour will become more expensive and the devices will become less economically viable to repair. Many of the repair outlets will either die, or change to a sales-only mode of operation - it will be a sad loss.

Age of the Raspberry Pi

To a certain extent the Raspberry Pi was meant to get students back into the DIY culture that existed back in the 1980s. If you wanted a computer back then you went to your local ElectroValue store and bought the bits and built one. I actually cut my teeth by building my own TTY out of TTL components using the book "Television Typewriter Cookbook" written by Don Lancaster and published by Sams. Most people today don't know what a TTY is.

The Pi has been successful, but basically represents a cheap(ish) way to get into programming. Some do build extension circuits for it, but I think in this respect the Arduino is a better option - it's a lot simpler and is relatively easier to understand fully. It's also cheaper to replace when you accidentally blow it up!

I personally don't believe the Pi is a good starting point to learn electronics repair. The Pi is a sophisticated piece of electronics that has a complicated software stack. I think there is much value to be had from starting with a simpler device such as an Arduino and building some simple interface circuits (a 7-segment LED interface is a good starting point) and some basic control software and go from there.

If time was no object I would dust off my soldering iron and build a Z80 Single-Board Computer (SBC) from scratch. These days it's quite feasible to build your own Floppy Disk Controller (FDC) and write the software for it. It's a big project but doable.

You can pick up practical electronics by building a simple circuit on a breadboard and then getting it working. This usually requires basic troubleshooting skills. This was how I learned. I also picked up old radios and attempted to repair them - I wasn't always successful.

My local components store, ElectroValue, is now long gone, wound up in 2005. I'm surprised it lasted that long to be honest. I bought components there from 1981 to the mid-nineties. Those were days when people knew about building their own computers and making sure your ICs had 10nF de-coupling capcitors and a stable 5V line. Electrolytic was something you got for your PSU, not your state after a night on the town.

The Last Great Hope in the UK seems to be Maplin. They do at least sell some components and hobbyist equipment. Online, AdaFruit is also a shining beacon of what is possible.

It's not all bad news. There is hope. The Maker culture and the occasional occurrence of a local Maker Space is very welcome.

There are signs that people are understanding that electronic repair is often the evironmentally sane thing to do - rather than throwing broken items into landfill they can often be repaired for free.

Repair Cafes are a good indication of this trend. It can be quite educational simply to watch someone who knows what he or she is doing repair a piece of equipment - it can be a very positive experience!

The art of electronics repair is probably not quite as lost as it appears to be at face value. While it is true that electronic repair, especially to component level, is not as commercially viable as it once was, there are still electronics hobbyists out there keeping the electronic repair flag flying. Long may that continue!

I had literally just finished typing the first draft of this article when I checked BBC News and saw the sad news that Maplin is closing down. Having been away I have been a bit out of the loop, but this comes as a shock to me. Having read over this article it's perhaps surprising that Maplin, like ElectroValue, lasted as long as it did. No doubt the online providers will pick up the slack. The BBC News piece on the closure can be found here:

The BBC did a really good piece on fixing gadgets and the "Right to Repair":